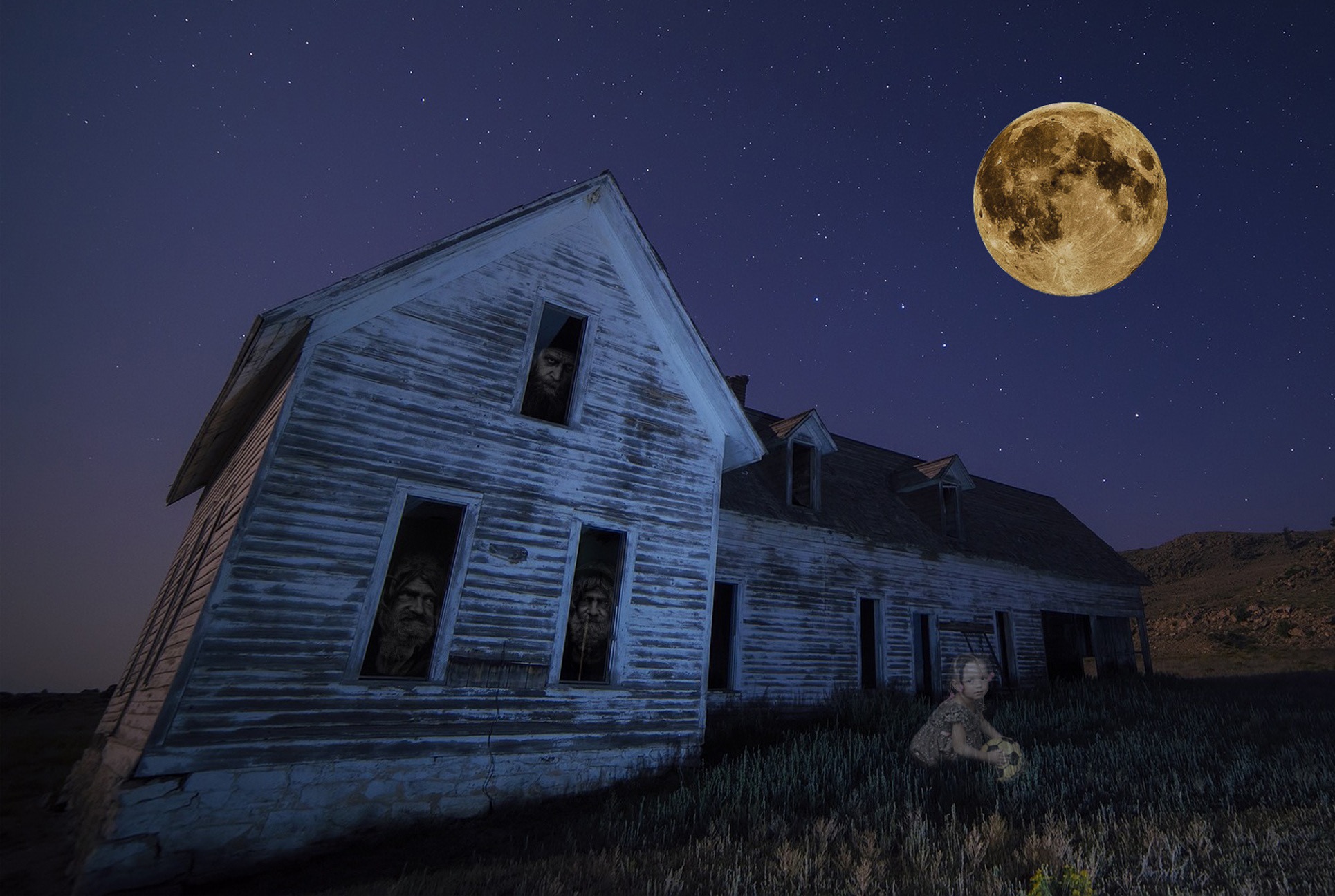 “The Prospectors”: A Tale of History and Ghosts

“The Prospectors”: A Tale of History and Ghosts

The story “The Prospectors” by Karen Russel will make people ponder what history is and what the different implications are. The author challenges the general notion of history, which is names and locations. She then gravitates her focus to ghosts and their part in history, intertwining all of this into a fictional story that makes the reader question what is real or not. History is not all names, dates, and locations, but a more nuanced subject to be questioned and always open to different interpretations.

"The Prospectors" text includes a number of locations and names. As argued in Mason’s novel “Shiloh And Other Stories” to him “[h]istory was always names and dates” (16), which leads to a common definition of history with bringing forth the additional idea that locations are a part of history. In the story, the locations are, but not limited to: Lucerne, Mt. Joy, The Evergreen Lodge, Camp Thistle, Camp Bountiful (Russell 2), Rabbit Creek (Russell 3), Oregon Gazette, O.B. Dawson, Emerald Lodge (Russell 7), Company 609 of the Oregon Civilian Conservation Corps. (C.C.C.), and Cloud Cap Inn (Russell 8). Research shows the majority of the places listed in the story are real, however, the locations aren’t accurate to where they are considered to be. For example, Lucerne is in Switzerland, Camp Thistle is in Scotland, Rabbit Creek is in South Dakota, and Emerald Lodge is in fact not in “America” (Russell 10) but rather in Field, British Columbia, Canada and is titled “Emerald Lake Lodge” (for a full list of the locations please see Appendix I). Furthermore, O.B. Dawson is not a real person and Company 609 of the Oregon C.C.C. is not shown in the historical record. Despite Russell’s fluidity with locations and places, there are a few real locations in the right place like Cloud Capp Inn.

In the article, “History, What History?”, Torgal describes history as a unique, complex, scientific ideology, and self-interpretation; collections of points, facts, names, dates, locations, and objects (41). A notion is expressed that people need to look at history with a ‘grain of salt’ and from a political and scientific viewpoint (Torgal 41). Slotkin further adds that “[h]istory is what it is, but it is also what we make of it. What we call ‘history’ is not a thing, an object of study, but a story we choose to tell about things” (222). These theories of history can be used to convey the importance of looking further into history than just the names and locations, but rather at the ideas, scientific points, politics within nature, and how we as humans interpret everyday life. These ideas can be used to study history in the text “The Prospectors” by examining the different locations that the events take place in and why the author has chosen these places as well as the impact of them.

The locations aren’t the only thing that makes the reader question history within this text, as readers are further introduced to the idea of ghosts and the importance of them with history. It was “The C.C.C. workers ghosts [who] had built this [Lodge]” who were trapped (Russell 10) as historical figures in the lodge after the avalanche killed them. However, the C.C.C. workers were unaware of their true state and refused to accept it, which means that people stay within history, even after their passing. The two main characters told the C.C.C. workers about their ‘history’ and at that time the reader could see that the workers were changing as it was described that “his round face almost featureless [and] his eyebrows vanished” as well as “a mouthful of holes” (Russell 16). They were stuck in a purgatory like state. The workers had no idea what happened and once they did, they were able to move on. By the end, once they accepted it “[t]he entire building [began to] shak[e]” (Russell 20), they were freed. As McFadden stated in her article ““People Shouldn't Be Forgotten”: Cold Case's Pursuit of History's Ghosts” when people think of ghosts it “restor[es] … our view stories of lives and experiences rendered invisible and unspeakable by dominant forms of knowledge and power” (146). With this when different texts refer to ghosts they are typically placed to represent some form of history, be it non-fictional or fictional.

The two main characters Clara and Aubergine were presumed to be alive, however, in the story, as the reader continues to read a discovery could be made that Clara and Aubergine may actually be ghosts as well. This can be seen as Aubergine questions, “[w]e could be all dead - why not?” (Russell 15) with further details like “notic[ing] a tiny chip in the [nail] polish, exposing the translucent blue enamel” (Russell 15), as well as the observation that “Clara … with blue lips and flakes daggering her lashes” (Russell 2), and that “Clara’s eyes looked shiny, raccoon-beady” (Russell 12); while “[b]ruises were thickening all over her arms” (Russell 3). With the additional discovery that Aubergine witnessed “[s]omething subtle and real shifted inside” (Russell 4); additionally, Lee knowing what Clara’s ‘real name’ was (Russell 12-13) even though they never told him her ‘real name’; furthermore, Aubergine recollected that when “Lee and I kissed, it felt no different from kissing a living mouth” (Russell 12). These points come together to suggest that the protagonists may be ghosts after all, with the possibility that they were at the lodge during the avalanche.

It’s possible that the cause of the avalanche that killed the C.C.C. workers along with the possible deaths of the two main characters, Clara and Aubergine, may have been triggered by the photographer. When the avalanche occurred, the reader is left to question if, when the photographer took a picture the flash and the sound of the shutter caused the avalanche. As Russell put it, “[n]ow [that the photographer is here] the light of the Emerald Lodge began to erupt in rhythmic bursts” further adding that “[w]e squinted against the radiant detonation [of the photographer]. These blasts are much brighter and louder than any shutter click on Earth” (Russell 17). With this, it can be thought that having loud noises of music, the excitement of the C.C.C. workers, and with the addition of stated before, the flash and shutter; is likely the cause of the avalanche. Moreover, it could be thought that the avalanche happened between “4.A.M.” (Russell 15) and 6 am as Russell put an emphasis on the 4 am time on page 15. Additionally, the author wrote in the story that before the photographer showed up that they were in “[r]oom 409” (Russell15) and that the C.C.C. workers were from “Company 609” (Russell 8). Therefore, when taking out the common numbers ‘0’ and ‘9’ the only numbers left are ‘4’ and ‘6’. It can also be thought that Clara and Aubergine were in room 409 at the time of the avalanche.

As noted in previous paragraphs, the C.C.C. workers and the main characters are trapped in Emerald Lodge. This leads to a conclusion that it is an endless loop of history that keeps repeating until all of the people within accept their truth. Russell notes on page 8, that there were “twenty-six workers” who passed away during the avalanche (8), however, on the following pages the reader is only greeted with “five boys” (9) whom are “blush[ing]” (9). Therefore, readers don’t get a clear picture of the other twenty-one workers, which leads to the idea that the remaining workers have accepted their truth and have been able to move on. It can then be argued that the other five workers, as well as Clara and Aubergine, have not yet accepted their truth and history, and thus are still stuck in this loop. Once they accepted it, as previously stated in an earlier paragraph the lodge began to shake and crumble.

[I]f responsibly done, it can stimulate interest in the study of history[,] … if properly understood, the writing of historical fiction can be a valuable adjunct to the work of historians in their discipline. A novel can be as accurate as a history in telling what happened, when, and how. It can, and should, be based on careful research and rigorous analysis of evidence (221).

With this in mind the reader can say that even though this is a fictional story, there has been some research put into it with the use of locations, events, and phrases. However, the way that Russell wrote this story leaves the readers questioning if the locations in the story are true or not and as evidenced throughout this essay and the Appendix I, most of the locations are real though located in different places than thought when reading the story. Additionally, it was quoted on page 13 that “the French word for ‘dawn’” was “Aubergine” (Russell), which is a true translation. Furthermore, the reader is left questioning if the avalanche happened in real life and killed all of the C.C.C. workers, which from research did not happen. Therefore, with this in mind, the reader’s ‘interest was stimulated’ and motivation is given to do further research.

At the end of the day, Karen Russell is an effective historical fiction writer that gets people thinking about the truth of history and how far the author went into researching details for their writing. From the depiction of the locations and ghosts, Russell made the readers question the nuanced, complicated, and the different interpretations of history, while showing history isn’t just names, locations, and dates.

The locations mentioned in “The Prospectors” in relation to the true location.

The locations mentioned in “The Prospectors” in relation to the true location.