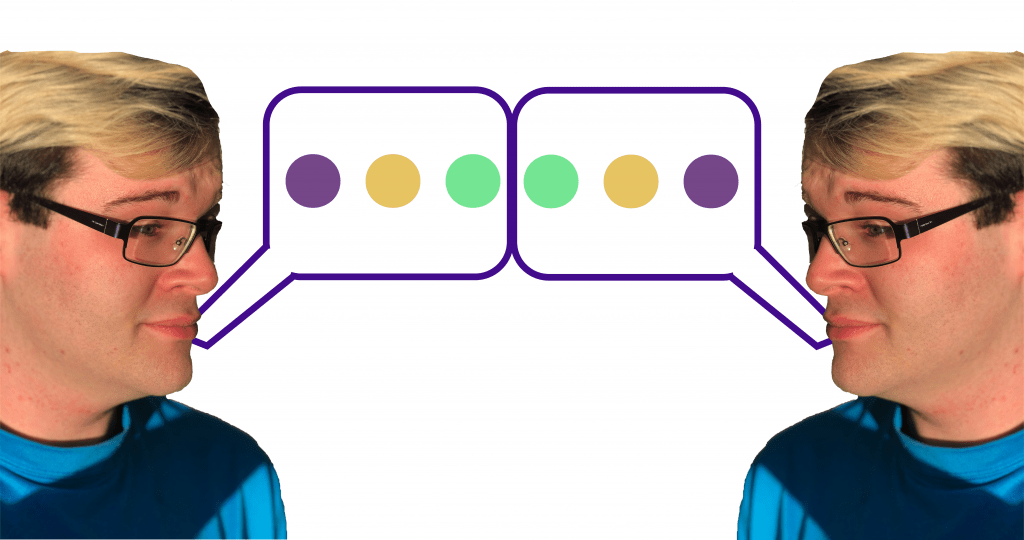 Language in communication includes a vast number of variations, which contains similar principles.

There are over a thousand variations in language, which can have a potential of using different signal systems, sign language or even different spoken languages. In communication, rules also play a big part in how we structure words. The rules include, phonological rules, syntactic rules and semantic rules. Within communication, language can be confusing to learn and with discourse, communication gurus are hoping to close the gap of confusion in language.

Signs are signals that are casually related to the message [which is being] (conveyed). We say that a smile is a sign that someone is happy because we know that happiness is ... [the only] ... cause [for] smiling. Symbols on the other hand, are the products of social conventions. Because of an implicit agreement among speakers of English, the sound pattern we recognized as the word pig denotes the familiar category of broad-snouted barnyard animals. (Knapp & Daly, 2011, p. 202)

Along with the signal systems people can also use sign language as a way to communicate. Sign language,

[When] producing messages, people decide what will make sense and what will not. They are more or less sensitive to the need to be polite. They know how to do things with words like bet, beg, and complain. (Knapp & Daly, 2002, p.214)

Furthermore, it has been said that, "(all) animals communicate, but humans do so with unparalleled precision, flexibility, and creativity. These strengths derive largely from humans' unique ability to use language" (Knapp & Daly, 2011, p.201). Communication of any and all kinds operates on the principle that signals transmit messages from one source and sends them to a destination (Knapp & Daly, 2011). With that, we are beginning to realize that at the end of the day, communication is a systematically chain of event of sender and receiver, no matter the language that they speak and how they structure their sentences.

Within language and communication, there are a vast number of variations that utilizes certain principles. Some of the variations can be contained in the signal system, which includes signs and symbols. You can also use sign language and even spoken language to communicate with one and another. There is a list of rules that govern language, like how words sound, to how sentences are structured, even what the meaning behind words are and how we use language in everyday interaction. Furthermore, learning language is difficult and a new term has been created to help close the gap within communication. Language is expressed by everyone in different ways and we are only starting to learn how to use it and learn why we communicate in the way we do.