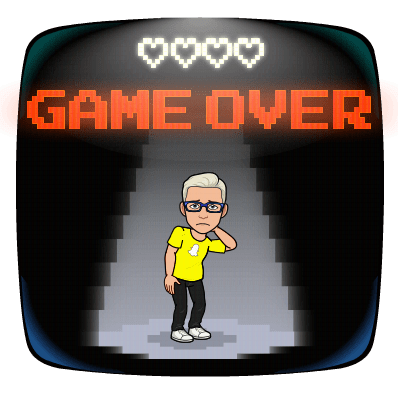 The film GTFO, expressed that in the gaming community there is a number of toxicity and sexual harassment both in the online world and in the real world scenes; towards primary female gamers. Thus, there needs to be a change and social impact is great way to do so. GTFO, is about the experiences of female gamers in which in the eyes of men, should “Get The Fuck Out” and not be gamers; when females have every right just as men do to play video games.

In the film GTFO, the filmmakers brought some topics and issues forth. In the filming it was made apparent that the gaming community is a toxic environment with sexes comments, death threats, sexual violence, and hate comments. This was expressed via. A variety of talking heads, screen pans that are executed in which displayed screenshots and video of messages that people receive on Xbox Live, when playing games, and when they write blog posts. With in these messages, things such as “games belong to [men]”, messages alluding to that they want to have sex with them, to messages of people wanting to rape them or wishing that they got rapped, to messages like that women are useless in video games, to messages like “people should play while being harassed”, and to messages of men being ‘uncomfortable’ when women start talking on the microphone. In the film, they also showed that at a gaming completion one of the female contenders was getting sexually harassed on a live stream. To the male’s perspective that was doing it, it wasn’t him as he was following the requests made by the people from the Live Chat (“Chat” or “The Chat” as most streamers refer to it). However, with that being said, he could of just as easily said no. As that was happening you could see that the female contender was uncomfortable and in turn, just wanted to be done with the tournament and began to throw games in which she didn’t put in any effort.

With this information at hand, we can say that the gaming community is not a fun environment to be apart of. The social impact of the film is to bring awareness of the community. With the further idea of the hopes to mitigate the toxicity in the community. With the idea that “your not alone” and that if your wanting big change you need small change and that by speaking out you have small changes, it’s a driven force of passion that is needed to name these impacts and to make social impact. All throughout the film, there was a number of times when it was said that “there needs to be a change” with that throughout GTFO, small suggestions were made, such as, speaking out about your experience, the game and to an extent the hardware developers should implement better moderation tools and banning mechanisms, to muting the players within the game chat, to disabling comments, there should be better sexual harassment/violence policy in place in the video game tournament world. By doing these things you are bring forth the idea that your not alone and that you can bring it to an audience and make a change from there. One solution that was brought up during the film, is that if you get a good group of friends together then you can create a support group and just focus on them verses focusing on the other players and their coms (voice channels/microphones).

As it was said, in the film, “women [tend to be] afraid to talk about what happened to them” be it online or in person. Thus, by having a few people beginning to open up, you can start to encourage people to do the same. An example of this is the “#MeTo” campaign that was trending on social media like Twitter and Facebook, in which encouraged women (and to an extent men as well) to open up and to share their story on sexual harassment that they have experienced. This trend gained a large response and people began to open up to talk about their experience. Personally, I think that with the #MeTo campaign and the gaming community beginning to open up, I think that we will see a major change in the way gamers and people in general interact with one another. The film, did display the notion, by showing the panels at conventions and that when they began to open, they showed the audience feeling motivated and wanting change and that they could help with the change!

In the film GTFO, I found that there was a great amount of detail in the interviews themselves. True facts were brought up and it was backed up by evidence. However, as it was discussed in class and from what I have seen, these problems aren’t only directed towards women, but also men who don’t fit the demographic of a white heterosexual in their 20s and fit the heteronormativity stereotypes. I think if the filmmaker wants to see change then they should also show, that it’s not just females.

GTFO, is a movie filled with social impact and the important factors that in the gaming community females tend to face a number of serious sexual harassment and toxicity. By talking about you can show other female gamers that you’re not alone and that you don’t need to “Get The Fuck Out!” With social impact we can try to end toxicity.