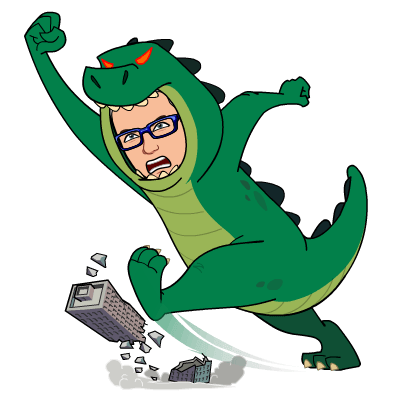 🚨 SPOILER ALERT: The Revolution Will Not be Televised 🚨

The film The Revolution Will Not be Televised is a film that shows you how much Digital Media in the form of Television can shape the way that people view political representation. With the addition, that you can change the course of history. This is done with the use go violence and showing fear. The revolution in fact will not be televised but a revolution will be created from television coverage.

The film The Revolution Will Not be Televised made me feel uneasy and traumatized. There were scenes were we saw people getting shot and killed, blood and all. I found for the majority of the time in the film that I didn’t felt okay, or happy. Unlike in the film Tickling Giants in which presented these horrific (not in the same intensity) but also featured a number of cometic relief aspects. It’s hard to really express any more emotions then that when the movie as a whole is depressing from the violence, to seeing that people don’t want progression in their political system when it would benefit the people of Venezuelan. I further found it hard to write notes in regards to this assignment due to the constant need to watch the screen due to the subtitles. However, at the same time I found it hard to watch due to the extreme level of violence. As Rod Stoneman put it:

The emotional and narrative experience, however, does add up to the form if analysis and a new understanding; when you see the succession of events chronologically, a whole orchestrated shape emerges. Putting events together to reveal their organization has a different and more significant impact than isolated fragments of information (74).

With this in mind, it can be said that filmmaker had to include these scenes and in the order to bring realism to the documentary and to say that these are the real events that happened. With the further addition, to add the message and to incapsulate the idea.

With this all being said, however, there was one aspect of the film were I didn’t feel uneasy and that was when the Hugo Chavez supporters grew and more support was being shown and that they were not backing down, that they don’t believe what the media had said about Chavez and their fellow supporters.

The use of digital media is used to create specific thematic interactions such as, that the there was a coup and that Chavez is very bad and killed a bunch of people trough his platform of support. Which we later find out that this was all a ploy to create a narrative so that Vice-Admiral Victor Ramirez Perez could take the role of dictatorship and to revert the changes that the Chavez government had put in place to make it better for the community to get help, to get education, to learn how to read, and how to become their own leaders. However, with Perez going into power after Chavez he began to go against the Chavez government. As it was stated by Perez, he filmed the media address in his living room and that with the help of the private Television channel Venevison and the support of the US government he as able to declare a coup without actually saying that it was a coup until later on. We found out late that this so called coup and violence that was the supports of the Chavez government was all framed in a way to make it look real when in reality, it was fake. Thus, the Vice-Admiral created fake news to cause violence, death, and fear.

Like stated above, The Revolution Will Not be Televised is a film in which used media to construct a narrative to make you fear and not like Chavez. However, the actual film as a whole made you love Chavez and showed you that he’s amazing, dedicated, and respected. This was an interesting spin on the film and made me really think, of which view do I agree with more. I would say that the view that the filmmaker produced, I agree more with as, it showed Chavez caring about the people of Venezuelan and that he tried everything in his power to make sure people were heard and that was shown when the filmmaker showed the mail room and that there was letters. They further read some letters out showed that they cared about the letter and wanted to do what they could to help. As Matthew C. Nisbet and Aufderheide Patricia stated in their journal article,

Documentaries are no longer conventionally perceived as a passive experience intended solely for informal learning or entertainment. Instead, with ever increasing frequency, these films are considered part of a larger effort to spark debate, mold public opinion, shape policy, and build activist networks. In addition to these new forms and uses, more traditional public media such as Frontline, Bill Moyers, and POV continue to be influential outlets for public affairs journalism and commentary (450).

With this we can say that documentary’s are now a more dynamic experience in which you can shape people’s opinions through different point of views on politics, policies, activism, and media. With The Revolution Will Not be Televised the filmmakers uses this dynamic experience to create a commentary for the viewers to decide how they proceed the information at hand.

The Revolution Will Not be Televised is a film to show you that it’s easy to shape history with the use of television. With the further use of the ability to shape peoples opinions on people. For instance, the film itself created Hugo Chavez as this amazing person; however, Venevison created Chavez as this bad guy that allows his supports to kill a large number of people.

Stoneman, Rod. “Chavez: The Revolution Will Not Be Televised: A Case Study of Politics and the Media.” 2008. Wallflower Press.

Stoneman, Rod. “Chavez: The Revolution Will Not Be Televised: A Case Study of Politics and the Media.” 2008. Wallflower Press.